It’s interesting to note how different people are. Yet, at the same time, you realize it’s not easy to read people’s personalities. Hence, someone you thought you had figured out turns out to be someone else. Would you like to know how you can make an unbiased prediction about who a person is? Well, it’s easy, ask them what type of music they listen to. As it turns out, a person’s music taste can reveal a lot about who a person is. Still not convinced at how your music taste can do?  Check out which one you are. You might be in for a surprise at how accurate it gets.

The stereotypical heavy metal fan for many is someone who’s violent, angry, and to some extent dumb. Yet, you’d be surprised to know they’re the opposite. As it turns out, heavy metal fans are creative and gentle by nature, according to a research study back in 2010 at Curtin University in Australia. In fact, in some ways, you could consider heavy metal fans as younger versions of classical music aficionados. 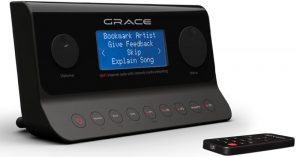 Not So Surprising Truths About Classical Music Fans

This confirms what you’ve thought all along about classical music fans. They’re smart, creative, and have a high self-esteem. Their personality is complex and are prone to deep thought. You can even liken a classical music fan to a heavy metal fan. Both love to experience the drama and theatrics of their favorite music. The only differences are classical fans are older and tend to have more money.

Likewise, they share the same reflective personality characteristic of classical music fans. Hence, folk, jazz, and blues fans tend to be deep thinkers. In fact, their music serves as a way to exercise the brain. So, it’s not surprising how creative they are. If you want to enhance your creativity then tune into these types of music on free internet radio.

Hip-Hop and Pop Fans are Both Outgoing

Both hip-hop and pop fans are extroverts. Yet it appears their similarities end there. Hip-hop fans enjoy the music’s social aspect. Hence, they prefer listening to it in the presence of others like them. On the other hand, pop music can be a mood regulator for its fans. Hence, one song can be on a continuous loop to satisfy the listener’s state of mind.

So, which one are you?