Deal toys come in various shapes and sizes, and it’s a commonly seen in the corporate world, especially in the finance and banking industries. It’s a customized gift to suit the client or recipient to show appreciation for special noteworthy transactions and deals made with the firm.

Aside from giving it to clients, a company can also give a type of deal toy for their employees to award them of a job well done. It can be in the form of a financial tombstone or a plaque in this regard, or it can even be as simple as a corporate paperweight with the company’s logo on it.

The Deal Toy in the 19th and 20th Centuries

The term “deal toy” goes back to the 19th century, but it wasn’t used for corporate gifts at that time. It was a type of terminology utilized by printers. However, there was a big crash on the market that occurred in 1929 which lead to the imposition of very strict limitations on advertising done by banks and financial establishments. 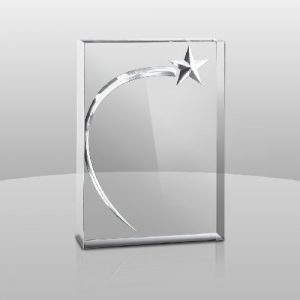 How Companies Dealt With the Challenge of Being Unable to Advertise

To deal with this challenge, companies in the industries mentioned in the previous section made slabs constructed out of Lucite with their ads on the item. These weren’t typical advertisements as the texts and graphics displayed on the piece were usually in commemoration of reaching a certain criterion.

What Can be Found on a Deal Toy?

These “toys” will generally have the company’s logo or name, or a combination of both. Many firms also like to include the type of transaction commemorated on the piece, along with the name of the recipient of the item. Both the deal type, and its impact on the company and the client may be included on the award, but it depends on what type of transaction is being celebrated.

The Role of the Deal Toy in Building Better Client Relationships

It’s safe to say that most people like receiving gifts, and that notion goes double to business clientele. Giving a deal toy to a loyal client will strengthen the bond between the company and the customer because the firm acknowledges the patronage of the purchasing party.

Create a deal toy that represents the deal, the partnership, or the transaction that has been made. If you’re having trouble selecting a design for the toy, you can always seek the help of a custom deal toy maker.

jazz – who has written 381 posts on Monmac Innovation.

PREPARING FOR YOUR BIG SALE

Giving Back to Your Organization While Investing on Us